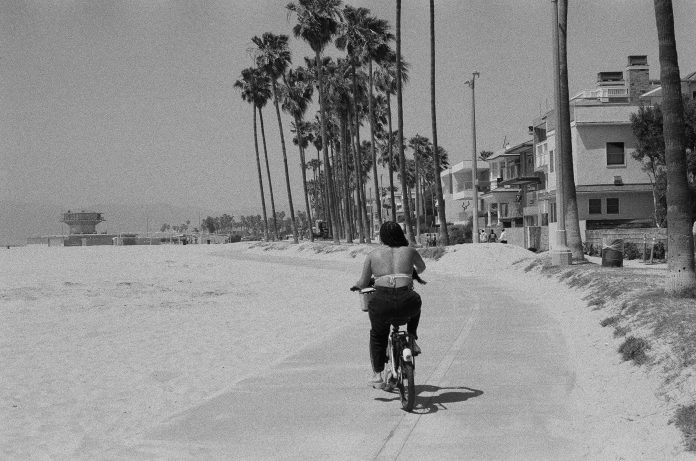 The United States of America experienced one of its most notorious times in the year of 2020. It seemed as if every year prior was a video game on auto pilot and 2020 threw us into survival mode. A worldwide pandemic and ongoing systemic oppression were just two of the notable final bosses we had to face and still face a year later. The year enabled a plethora of questions that seem to arrive at just one. “Are we really free?” After the world witnessed George Floyd’s murder, which was replayed over and over on national television, the answers don’t seem so optimistic. That kind of realization can put a weight on someone’s soul when life is heavy enough as it is. Especially with weight that was not caused by the victim but is somehow the victim’s responsibility to carry and alleviate. I believe we have to reprogram this game we are forced to play in order to have a chance at achieving freedom for all.

I believe that a balanced documentation of life can start dismantle the game we have grown accustomed to. It is necessary to showcase the past, document the present, and project the future in order to expand the possibilities. I feel as though documentation of black life has expedited our journey towards freedom. I believe we still have a long way to go, yet recording our truth has allowed us to be heard; not only to be heard from the ones that prefer not to hear us, but here we have an opportunity to hear ourselves.

The video game is indistinguishable at times, until something glitches. The recorded murder of George Floyd was a glitch in the system. That kind of injustice is usually tucked away, however a cellphone acted as a shield and weapon. It brought a peek into reality and many of us didn’t hesitate to risk our lives in protest for a new possibility. From essays, to photos, to videos; everything was documented and for a few months, black lives were juxtaposed with freedom in mind.

The last protest I went to was the Million Man March in Washington DC. A few busses sponsored by an activist initiative took me and hundreds of New York strangers to march alongside approximately a half million humans fighting for justice. The moment I stepped off the bus I was greeted with warm weather and protective energy. I was around all of my people. Not only was I present with so many others like me, but I felt the essence of the ones that came before us as well. I was walking in former footsteps in an attempt to pave a new way. It was a bittersweet realization because it started to feel like a cyclical right of passage. I was starting to feel more of the generational pain instead of the protection after being confronted by the reality of the ongoing fight we have been handed down. It was at that checkpoint, that I decided to switch the game up and implement everything else into my life other than pain. I wish that I had a camera then to immortalize the joy, the stillness, and the hope around me after I recalibrated my mindset.

After hours of chanting and listening to speeches, I spotted Dominick Lewis. He had a heavy camera in hand on a ledge documenting this historic event. Dom was a friend from Florida that was passionate about cameras and changing the world, so I wasn’t surprised to see him. I was elated that even within that sea of people, I was able to intersect with someone familiar. We did not get to talk much, but he did manage to mention that he was working on opening a camera store in two weeks. I felt a glitch in the system and assured him that I’d be there, then we parted ways.

Two weeks later, I bought my first camera ever. There was a long line of customers at the grand opening and the wait amplified my anticipation. But when I finally arrived at the register, Photo(Dom) met me with a smile so wide I could see it under his facemask. I picked up camera after camera like a kid in a camera store. He guided and coached me on what camera he thought would be best, even with the line of customers behind me. Honestly, I would have bought whatever he suggested because I knew he had my best interest at heart and it turns out, I was right.

I felt the glitch again when I made that purchase. It was a Nikon N2020 and she felt heavier than expected, like a trophy yet to be held. It was an analog film camera which is usually what you start with if you want to become a “photographer”. It helps teach you about aperture, shutter speed, and to be conscious of the amount of photos you take, unless “you got money like that”.

Fast forward about eight months and the shop is still helping me grow within the photography spectrum and as a human all together. I am welcomed like family when I walk into the shop, it is another glitch for sure. They are always excited for my development and offer any assistance one may need to level up. Whenever I see Dom, Christa, PV, Rodra, or any others of the Photodom team, I feel empowered by their support and freedom. The best version of me is the one that ia free and I feel like everyday I get closer to liberation.

I recently took my first post-quarantine trip and it was to Los Angeles, California. After months of isolation, I was reminded how it felt to spread my wings and explore.  I brought my camera-baby with me and some film from the shop to capture how this trip might make me feel. Being able to immortalize these exploratory experiences are the glitches in the system that will add texture to our history. Photography has also shown me new ways to perceive the world. It  reinforced my appreciation of beauty by adding composition to everything I see in life. I was able to see LA in a way that I may have overlooked if I didn’t have an interest in photography.  I miss it already, but when I got back to Brooklyn, the first thing I did was develop and scan my photos so I could have some California with me forever.

My trip to California was inspired by my partner, Nas’tassia Simpson. After quarantine, I was focused on making up for lost time in regards to my goals. I didn’t give self-care any real consideration because I adopted the toxic mindset that I could just take care of me later but Nas was not having that. Free people just want other people to be free. So, she pleaded hundreds of cases with me on why we deserved to be in LA at any point and time. When I made valid excuses on why it would be irresponsible and unnecessary, she assured me that this self-care trip was a necessity for our well-being. Nas reminded me that if I am not healthy then all the work I have invested in would be in vain. Being trapped in New York isn’t exactly ideal for anyone’s mental health, so giving it some thought was not as challenging as I thought it would be. I imagined myself in LA and I felt another glitch. I’m glad I eventually found a way to listen to her and let go.

After we booked the trip, I felt a little more free. I had finally put myself first just like Nas suggested. She was ecstatic and relieved that we were able to escape the traumatizing grip of Brooklyn, New York. We flew together and both felt the unwanted weight of expectations and urgency leave us after takeoff. As soon as we landed, I felt another glitch. All the pressures that existed the day before seemed to have dissipated.

Freedom is a drug to the oppressed while it is just a way of life to the privileged. Being in LA made me want to explore and create to get my fix. Nas was my pilot jones; my freedom dealer that I paid in love and kisses. We had a few impromptu photoshoots, a lot of great food, and explored beautiful scenaries.

Los Angeles gave me my first skatepark experience. It might seem anticlimactic in the grand scheme of things but I was captivated and transformed by what I witnessed. I went to Venice beach with some friends and we made a spur of the moment decision to ride our bikes alongside the beach. The weather felt like a good dream. The sun was gently hugging my skin everywhere I went and still, none of that mattered once I was interrupted by another glitch.

I stopped in my tracks when I saw the skate park. I threw my bike in the sand and rushed up an elevated path to get to the arena. I looked down and saw nothing but smooth pavement. I know a fall would probably break more than my spirit, but it’s smoothness beckoned for me to dive in. The skaters weren’t professionals but they moved as if it was all they knew.  They were masters of passion. They loved what they were doing so much that it loved them back. It seemed like their past experiences prevented further pain.

I stood in awe, spectating such a brave act of trusting your body and loving something that gives no guarantee to love you back. It helped me realize different ways I could possibly love and create with my art. The thousands of hours they put into their craft allowed for them to become young masters. I will master the art of photography and implement permanent glitches into this game I feel we have been herded into. Eventually, only reality will remain. We can attempt to replace the discouragement, neglect, and pain with support, exploration, and love.

These new found freedoms are empowering and a reminder that I can make a difference in many more ways than just  from a traumatic standpoint. Every camera click, every trip, every kiss is a bit of history I get to tell to the world and to myself. It feels right that people that live the same life as me are the first ones to see my photos and bring them to life. It was an investment that altered my views and showed me how to be the change that I want to see. With that investment I was able to support a black owned business and a friend. The game isn’t over yet though. I believe we have more friends to liberate and more internal freedom to obtain. In the meantime, make sure you head to the PhotodomShop on 1717 Broadway in Brooklyn, Ny to get you some more freedom.

Chris Hart is a model, actor, and photographer in NYC. Check out his Instagram here!