How I Processed Grief and Found Peace through Photography

Like most people during the pandemic, I suffered a lot of personal loss in the past year and a half. A few months before the pandemic started my grandmother on my mom’s side passed away—and just over a year later— my grandfather on my dad’s side passed away. They were two extraordinarily difficult deaths for me to process, both sandwiching a global pandemic in the meantime.

After my grandpa’s death last May, I felt seasoned enough in grief (grim, I know) to try and mourn in a more active way, which was different from the numbness I felt after my grandma’s death. So for me, active mourning meant reading, writing, painting, playing music, and lastly photography.

After my grandparents passed away, there was of course, a lot of reminiscing. Each of their deaths came with a flood of photographs. Everywhere. In shoeboxes, in cupboards, in closets I never dared open as a kid—you name it. There were photographs taken in Armenia and France (where they were both born) and the U.S. (where they eventually settled). And it occurred to me, as funny as it seems, that they lived an entire life before I was even born.

I was discovering photographs of them I had never seen in my entire life. I was thinking about what it meant to see these photos only after they had passed, like I was now able to unlock a memory that was previously hidden. And I was particularly enamored with the black and white photographs I found of them. It felt like life was returned to them; it helped me heal. 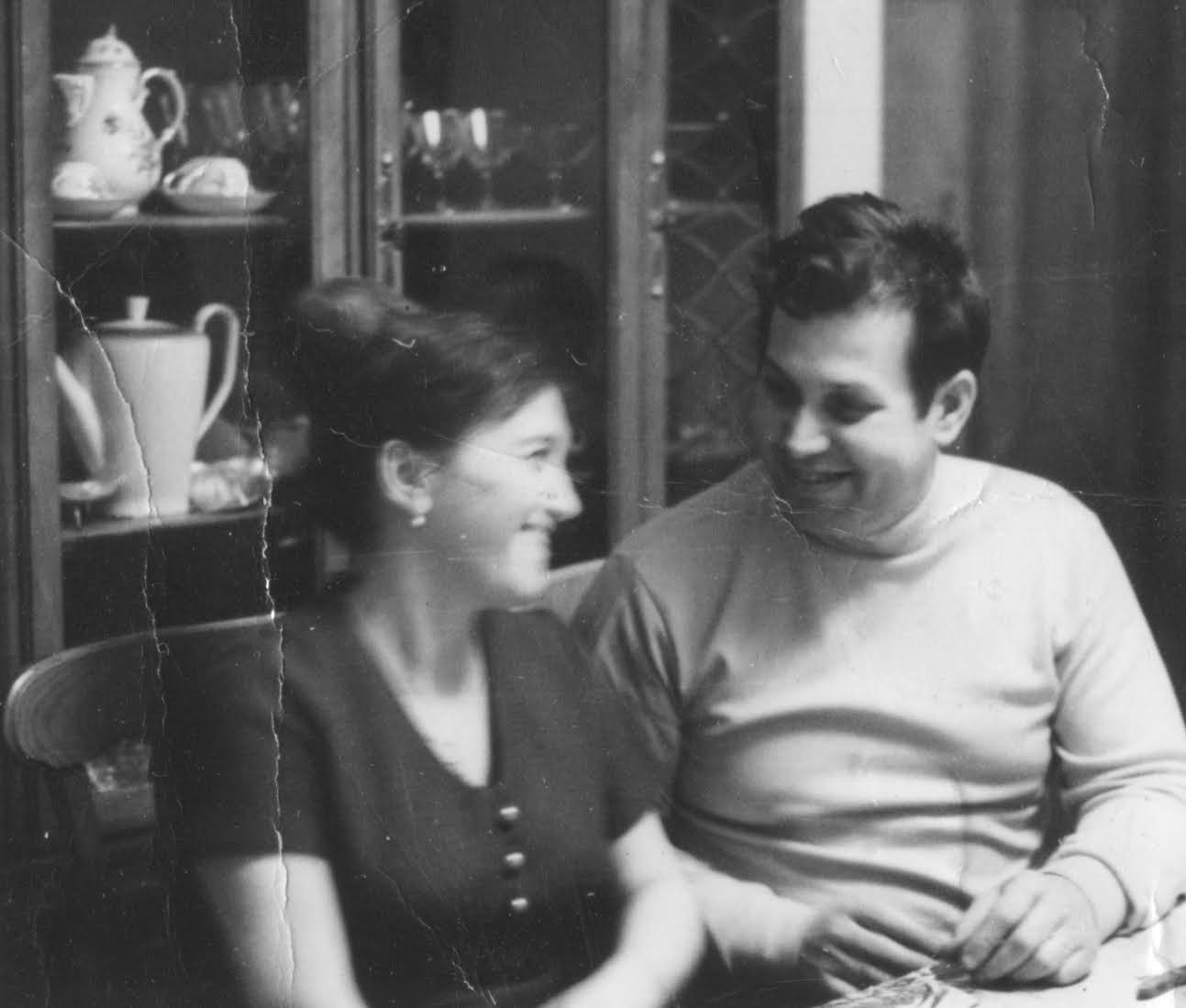 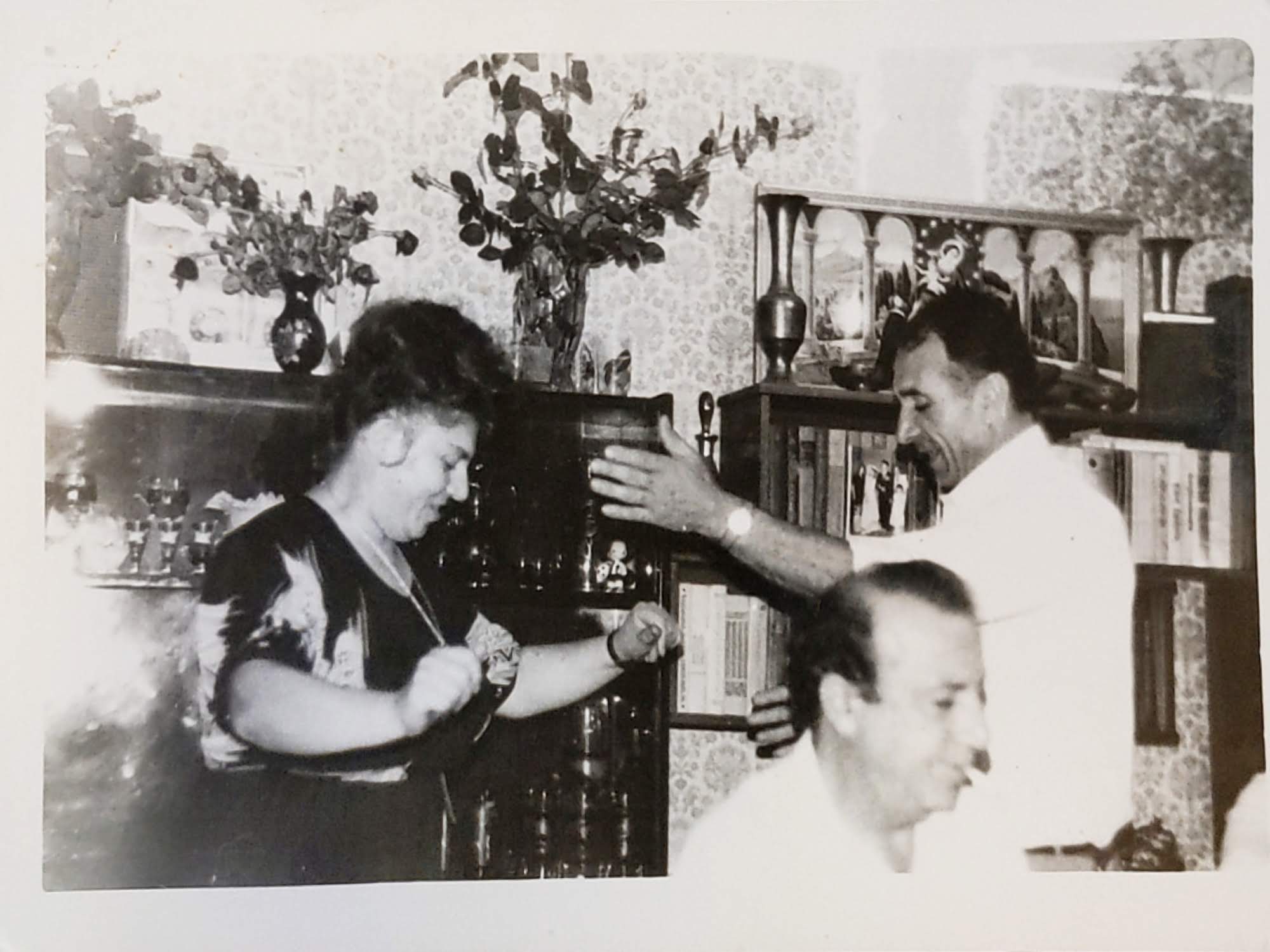 When I ventured out to Photodom to purchase my first film camera, my initial instinct was to start with black and white film, inspired by the photographs I found of my grandparents.

I wanted to embark on a mini project, which entailed capturing photos in moments I felt at peace during the grieving process. I wanted to capture moments where I felt like there was hope, like I could move on, like there would be a sunnier tomorrow. One thing I especially love about black and white photography is that I’m focusing less on color theory, and more on the feeling evoked and the subject matter at hand. 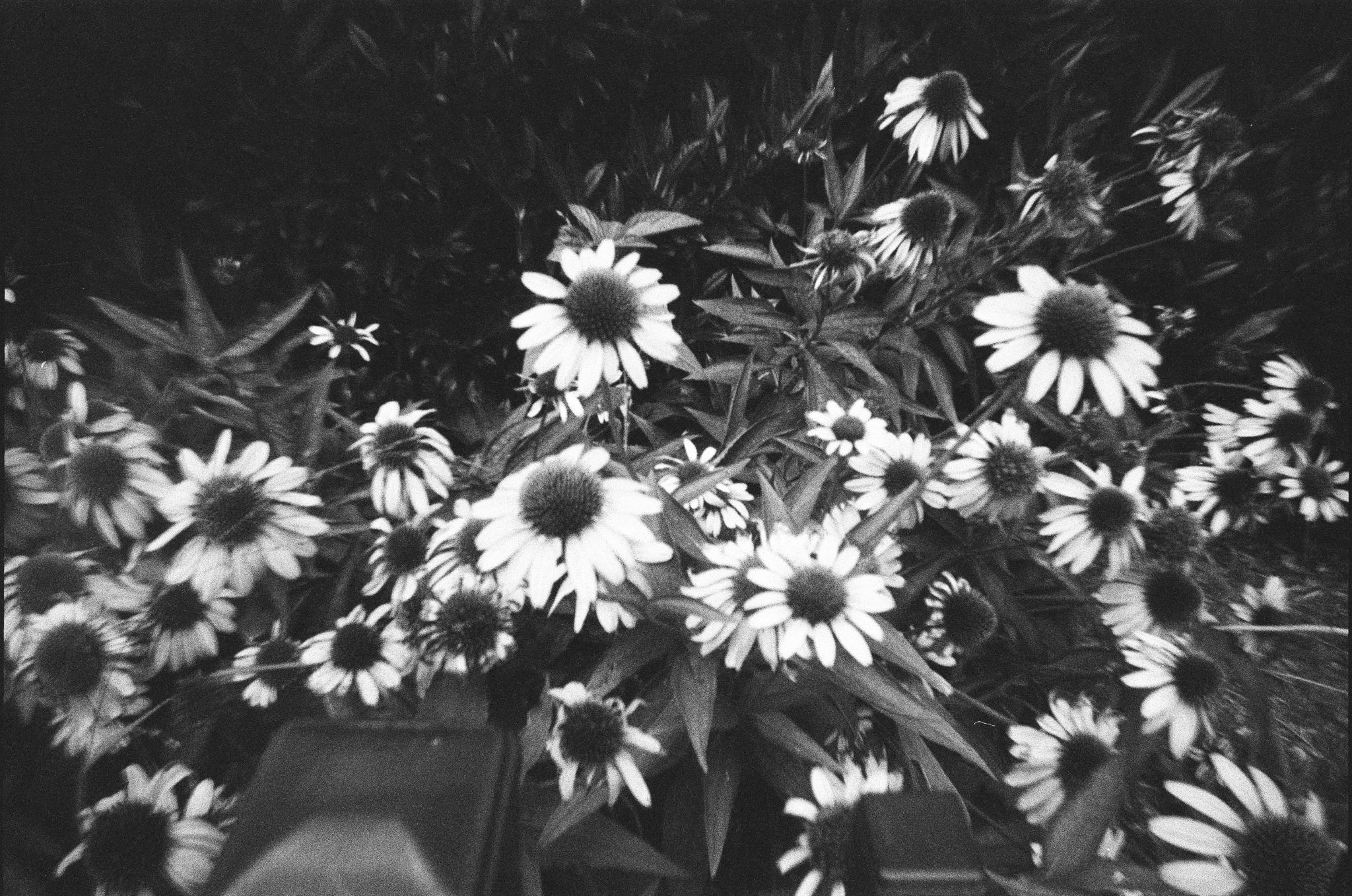 These made me smile when I found them. My grandma loved flowers. You know what I love about them? Color or not, you can tell they are beautiful. 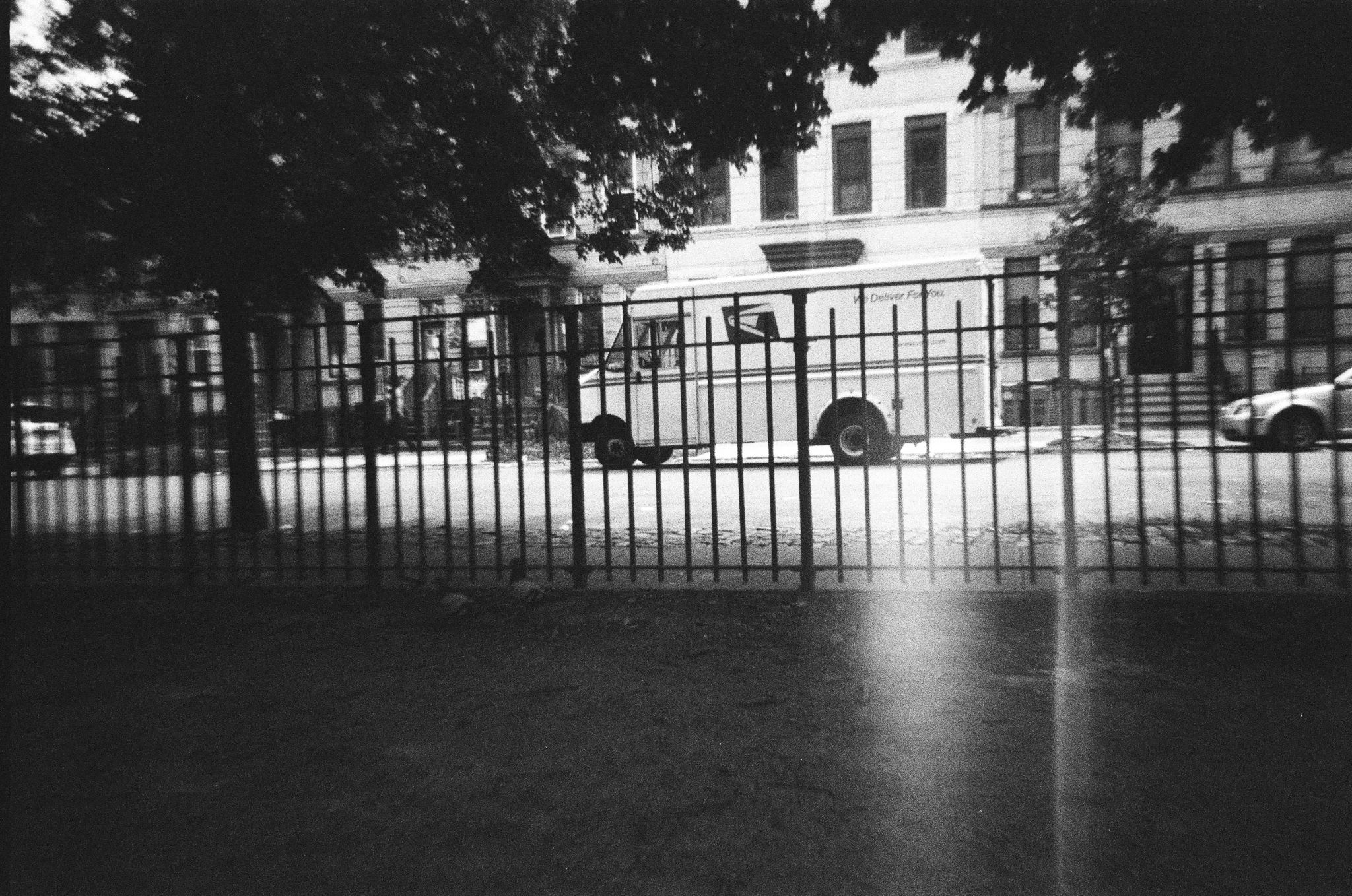 Part of my grieving process involves remembering that the world continues on no matter what. This USPS truck driver provides a certainty in mail delivery, the same way we know the sun will always rise. And during periods of life that aren’t linear, this is a great reassurance of stability. 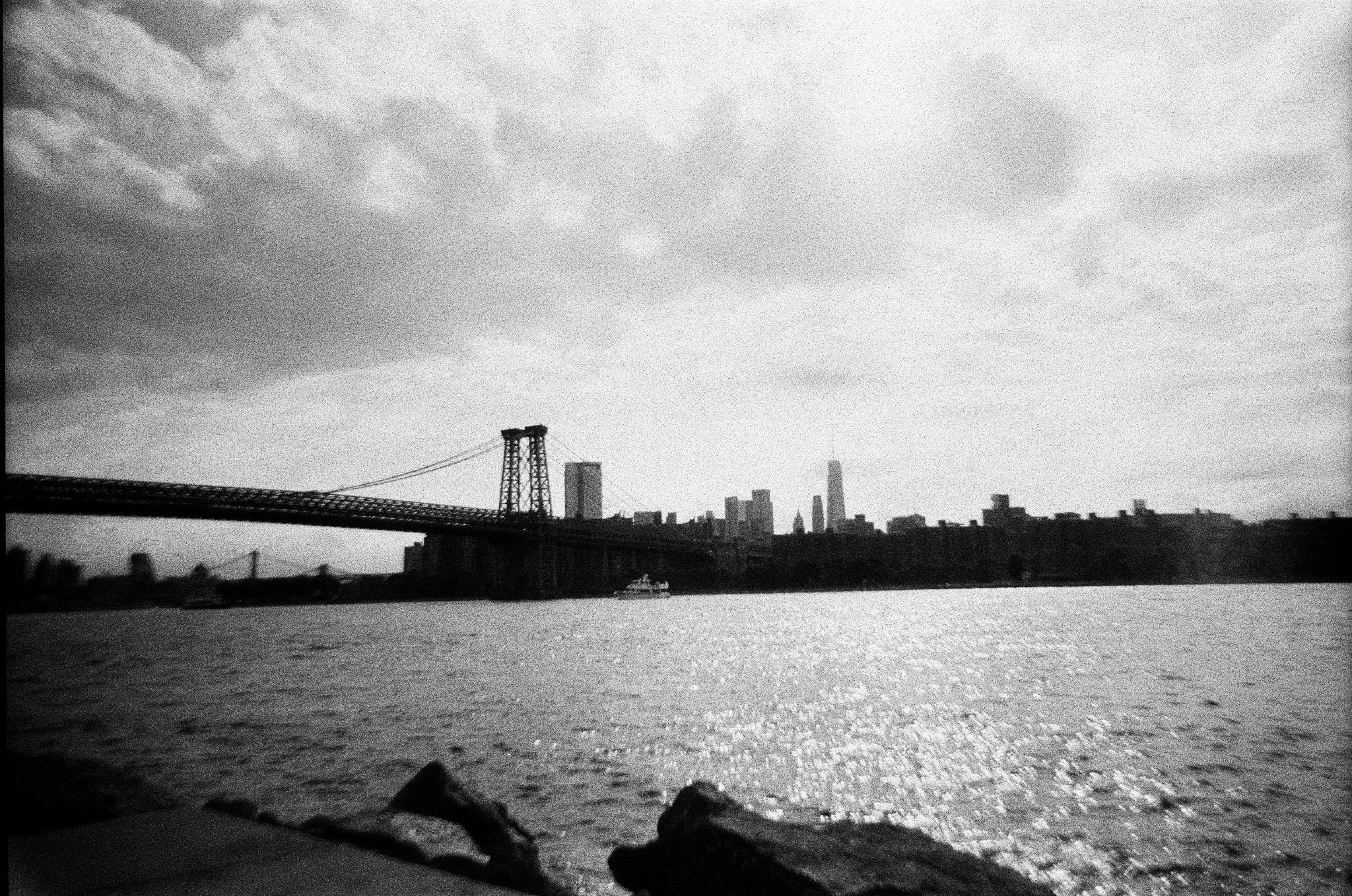 Every now and then I venture out to the East River, where urban life feels a bit more subdued. Even though the Williamsburg bridge is bustling and the current is moving, everything seemed muted and blissful from this angle. 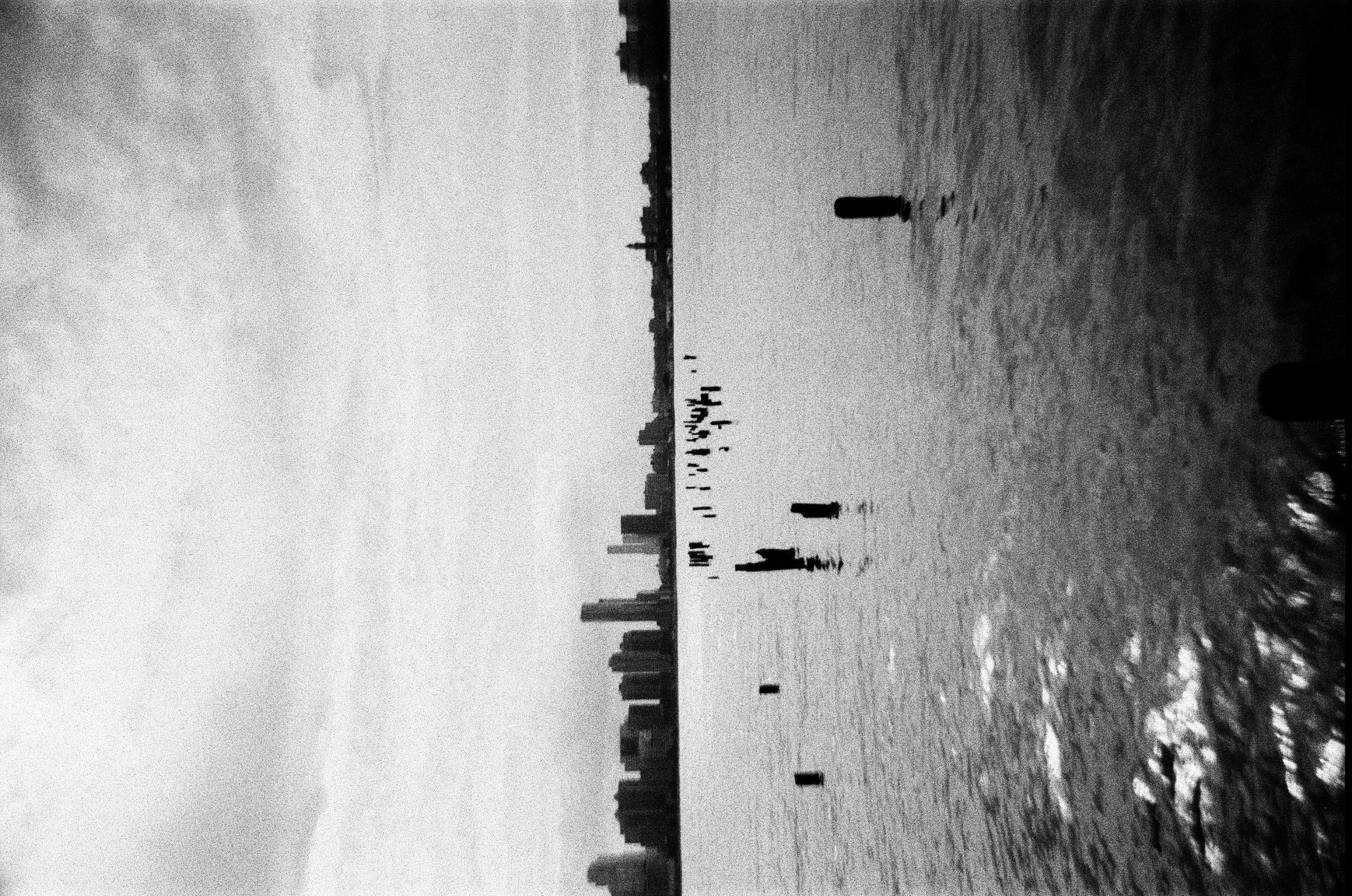 Again, overlooking the East River. Trying to find some playfulness in the old pier stumps and the tall buildings behind them. 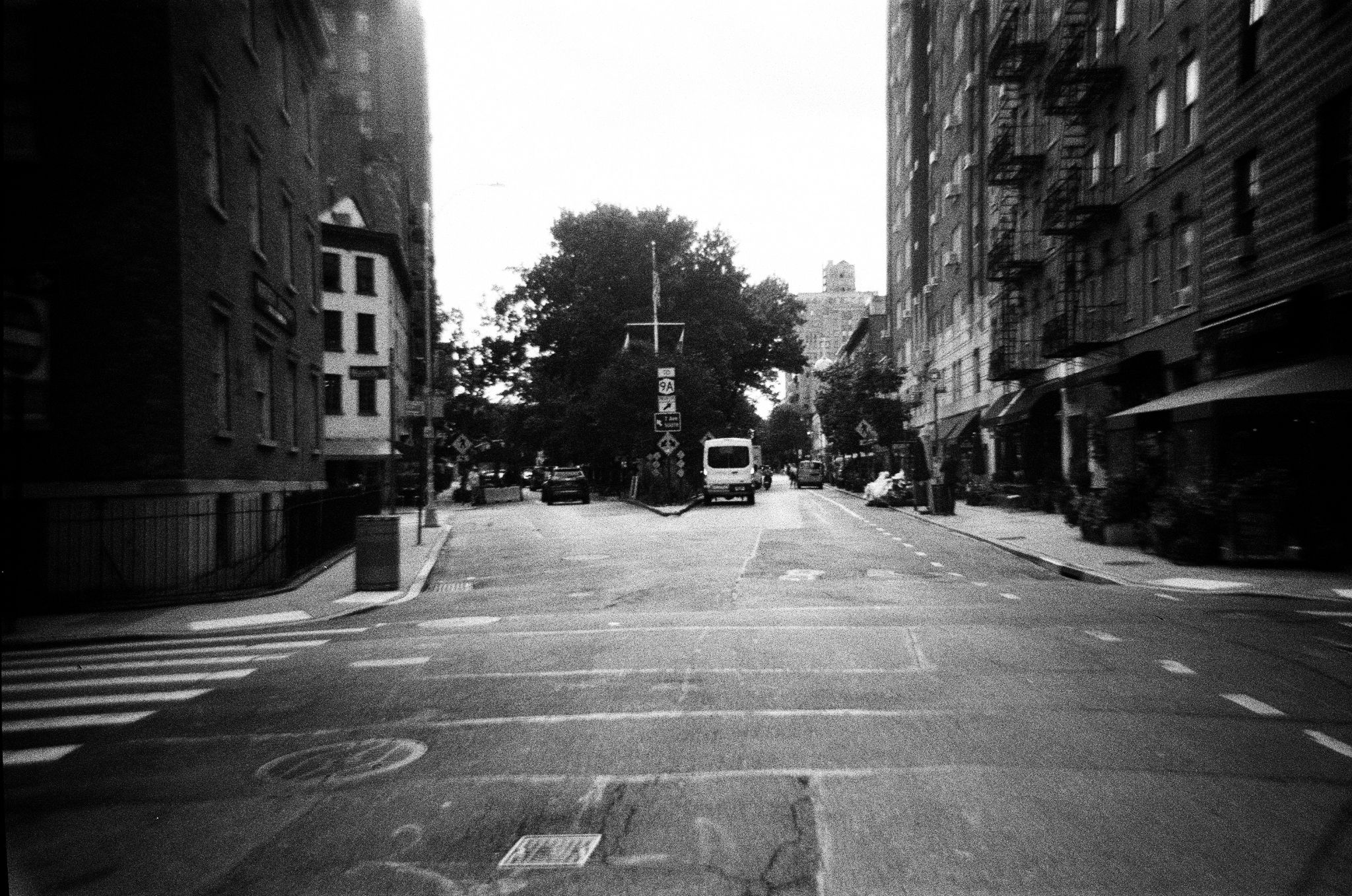 Something about the empty road in Manhattan and me being able to just stand in the middle to take a picture felt like catching the calm after the storm.

If anything, this mini project was a reminder that grief is not linear. And it was also a reminder to take in the moments you feel like life is, at the very least, on an even playing field. So while you’re going through peaks and valleys, figuring out happiness and sadness, remember to bring your camera for the ride.

Anna Russianhttp://www.annarussian.com
Anna Russian is a writer, artist, and musician. She graduated from Bard College in 2019 with a B.A. in literature and is currently based in Brooklyn, New York.