Photographers and artists have been making photograms since the 1830s by placing objects on photosensitive paper and exposing them to a light source, creating a silhouetted image reminiscent of x-rays. This camera-less technique was popularized by Man Ray in the 1920s as he experimented with abstraction in photography. The technique and unexpected combination of objects he used on these pieces, which he called rayographs, were just some of many ways that Man Ray broke boundaries in the photography world.

Emmanuel Radnitzky, or Man Ray, was an American artist that specialized in painting, photography, and filmmaking. His Surrealist and Dada photos became world-renowned, and he became the first artist whose photos were more valuable than his other works. The value of his images even contributed to photography being seen as a form of art rather than just a documentation tool.

Man Ray was born to Jewish immigrants from Russia and grew up in Philadelphia and Brooklyn. His parents owned a tailoring shop that he worked at from a young age, influencing him to use clothing and sewing objects in all forms of his artwork. He denied ever having a name other than Man Ray, which a popular tactic for first-generation Americans at the time to fully assimilate. He even went as far as to separate himself from his family’s background as soon as his art started to gain traction.

Although Man Ray was offered a scholarship to study architecture after graduating high school, he was influenced by artists at various museums across New York to pursue art himself. He soon became an influential part of the New York Dada movement before moving to Paris. The Dada movement’s goal was to reject traditional artmaking and to portray anti-war and anti-bourgeoise sentiments. One example of Man Ray’s take on the movement was to take everyday objects and make them unusable, such as sticking thumbtacks to an iron, which is exactly what Man Ray did in his sculpture ‘The Gift’, so that its intended use of pressing clothes is no longer possible. In contribution the ironic realm of which he helped design, he wrote a book entitled “La Photographie n’est pas l’art,” which translates into “Photography is not art.” The title was meant to be a bit misleading, as his work definitely and defiantly solidified the depths of how artistic it could be.

He continued his Dada work in Paris, but also pursued portrait and fashion photography. Many high-end magazines featured his work, even though he made a point to mock materialism and opulence in his Dada pieces. Man Ray would take photos to advertise the clothes or models but with an artistic twist. He used a method called solarisation, which he accidentally discovered by turning on the lights during the developing process to create a halo-like or outline effect due to the tone reversal. He would also superimpose images to create more dynamic advertisements. He made such an impact that he ultimately changed the fashion marketing world. Yet, he only created those images as a means to pay bills.

His intriguing photographs always had a strange and moody quality to them, and he had a way with using negative space and shadows to his advantage. I’ve always known I photographed things in an odd way, but I’ve learned to embrace that characteristic of my work after delving into Man Ray’s work in college. I am always looking at how shadows and reflections affect what we see. I tend to photograph objects that are often overlooked, which is why I feel so connected to Man Ray’s way of making the ordinary look absurd; the things you may overlook in a room are suddenly interesting and incomprehensible. His experimentation, whether it was with using body parts in his rayographs or taking long exposure photos with his light pen to scribble across the frame, are what turned his work into avant-garde art.

Mariam Khalil is a talented energy engineer who loves expressing and exploring the environments of NYC through photography . You can see her work at yoitsmariam.com or on her instagram here. 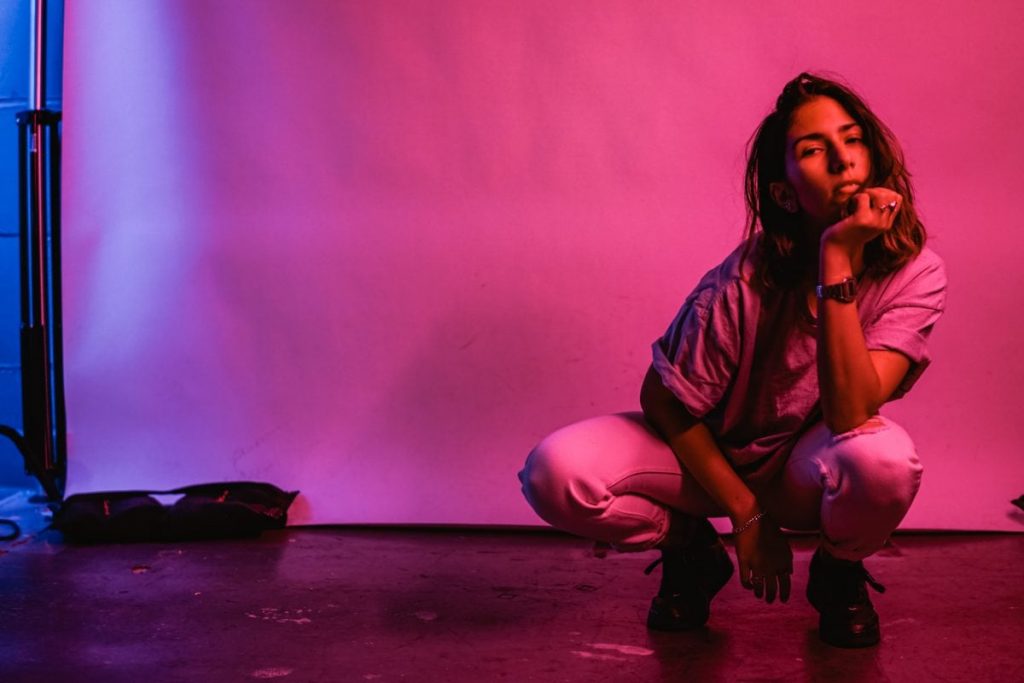