Think of some things from the 1980s. How about the walkman? VCRs? Rick Astley?

Most haven’t’ held up all that well. Rick is still rolling people all over the Internet, but other 1980s technologies have faded away into the sands of time. The VCR has a retro appeal, but my Bluray player (or streaming Roku box) is much better.

At least one thing from the 1980s has held up extremely well, though. Its cameras.

The Nikon L35AF is a perfect example. It’s a compact point and shoot rangefinder, originally released in 1983, and is also known as the Pikaichi. It has the distinction of being the first Nikon point and shoot camera with auto focus, a major step towards the digital cameras (and phone cameras) of today.

With the first Nikon autofocus — and a system designed 37 years ago — you’d think the L35AF’s focus would be pretty rudimentary. But it’s not. Somehow, the camera’s autofocus capabilities are absolutely brilliant. I’ve shot hundreds of photos with mine, and so long as I was within the proper distances, I’ve never seen it miss focus. That’s better than can be said for the $4k+ Nikon DSLRS of today.

Lots of other things about the L35AF are brilliant as well. The best thing, though, is the camera’s lens. Today’s point and shoot cameras have rudimentary lenses — or even (gasp) plastic ones!

Not so with the L35AF. The camera has a 35mm, five element lens. That’s some serious engineering for a point and shoot. And it’s fast, too, with an F2.8 aperture that lets in loads of light for cameras in its class.

The lens is super sharp, too, especially for a camera that’s nearly 4 decades old. It’s this tiny, nearly perfect 35mm beauty that’s made the L35AF a bit of a collector’s item (though certainly not on the level of the fabled MJU II).

Also in the category of not-an-MJU II? The L35AF’s form factor and design. This looks and feels like a 1980s device. It’s a marvel of miniaturization for its time — all the lens components, film, electronics, etc. fit into a “tiny” form that’s about 5 inches long, 3 high and 1 deep.

Note that I can confidently give (approximate) dimensions in terms of a rectangle because the L35AF is one — confidently and unapologetically. This is definitely a 1980s gadget! There’s none of that 1990s curviness and rounded edges — everything about the camera is a series of little nested squares and circles, from the rangefinger elements to the flash to the lens assembly and the body itself.

I love the way it looks — it’s extremely functional, and no one will mistake it for a modern retro-chic digital camera. This thing is clearly analog. That initial impression is enhanced with a giant red stripe down the front of the camera.

In contrast to today’s subtle, understated branding (Leica has a version of the Q where you pay more to remove their iconic red dot), Nikon manages to cram their brand name onto the front of the L35AF twice. As if all that isn’t 80s enough, there’s some textured rubberish grip areas on both sides of the camera.

It’s charming, very much of its time, and absolutely won’t fit in your pocket. But it’s also easy to hold, hard to drop, and has a certain elegance to its circles-and-squares design that’s surprisingly timeless, especially for a mass-market plastic camera.

While it’s a point-and-shoot with autofocus and very little in the way of manual settings, the L35AF does include several helpful pro features which are lacking in later point-and-shoots.

For one thing, its lens accepts a 46mm filter, so you can use it for real black and white shooting, or throw on a polarizer. And it meters through the filter, which is surprising and extremely helpful. It also has a manual setting for ASA, and ignores DX codes, so you can push or add exposure compensation by setting the ASA dial however you want.

There’s also a little lever on the side that allows you to tweak the exposure to get a fill flash. And when the camera auto rewinds, it leaves a little bit of leader poking out of the film canister, which is extremely helpful if you want to develop your own film and don’t relish reaching into the canister with a leader puller.

Otherwise, this is a point and shoot in all its glory. Shutter speed, focus and aperture are set automatically. You do a half press on the button to set focus, and then look through the viewfinder, which has a charming focus indicator with a swinging lever and little icons depicting a mountain, a group of people, etc. You then do a full press, and the L35AF does the rest.

That Battery Door Though…

While the build quality is generally good, there are a few major annoyances on the L35AF.

One is the power switch. It’s very easy to turn on by mistake. And when the camera is on, it’s constantly drawing power. You can very easily kill batteries by letting it bounce around in a bag. Luckily, it takes AAs, which you can get anywhere.

The flash is also a challenge. For some reason, Nikon decided that it should pop out of the camera in low-light situations. This is a lot of retro fun — try to shoot in low light, and there’s a satisfying click as the flash pops out and charges up. It also allows you to disable flash by pushing it back in.

But it does make the flash vulnerable. I found that over time, the little release system for mine stopped working. I lost some shots in the dark because the flash tried to release, but didn’t actually raise or charge. Be warned if yours is an older camera and you plan to shoot in low light.

And then there’s the battery door. This is the camera’s Achilles heal. It was apparently designed by a drunk engineer as an afterthought, likely as part of a contest for who could choose components with the lowest possible build quality and durability.

The rest of the camera is plastic, but the battery door is really plasticy. It’s very badly built, and prone to breaking well before the rest of the camera. And once it’s warped at all, the batteries won’t engage properly, and the camera won’t get power. You have to hold the door in place manually, or the thing won’t run at all.

It’s the battery door that ultimately bricked my camera.

So why endure this possibly game-ending issue? There are two reasons.

The first is the picture quality. The L35AF takes absolutely brilliant photos.

People love the MJU II. It’s a great camera, too, but I find its photos a bit flat and boring. They’re passable, but the camera doesn’t read any of its own style into them at all. I’m an editorial photographer, so I’m not looking for a Lomography camera or something like that — my photos always have to be totally accurate.

But really great cameras have a distinctive look and feel that’s true to the scene, but also somehow enhances it. Leica is famous for this (Google “Leica look”), and it’s why I use their cameras almost exclusively for my digital work (and pay accordingly for them).

The L35AF does this, too, but at a fraction of the price. The best way I can describe its look is a razor, surgical sharpness, especially at the center, with a bit of a boost to contrast, and just a tiny hint of vignetting when shot wide open.

It frames the shot beautifully, without getting excessive — the slight darkening in the corners draws the eye to the center, where you’re treated to an incredibly sharp rendering. The lens is also just a bit contrasty, which gives a kind of power and gravitas to the images, especially when paired with a contrasty film like Ektar 100 or Tri-X.

The end result is a camera which is eminently usable for serious pursuits like photojournalism (you’d expect nothing less from Nikon), but still has its own distinctive signature look.

I love it for landscapes with an interesting element at center frame.

For photojournalistic work, it lends a certain drama to even ordinary subjects. Here’s a solar panel on a light pole in New Jersey. It looks a lot more distinctive and interesting shot on the L35AF.

The other reason to use the L35AF? The price.

Unlike vintage cameras which have developed a cult following and go for $500+, the L35AF is relatively unknown. You can get a mint condition one on Ebay for $150-$225. That makes it a great buy and a great camera to use, despite the flaws with the battery door and flash.

I know I’m supposed to like the MJU II the best of all my compact camera. It’s a great camera to be sure, is very pocketable, was used by prominent photographers, etc.

But when I think of the point and shoot that I’m most excited to use, I keep coming back to the L35AF. I love the style it lends to my photos, and the slight, subtle ways that it transforms a scene — especially working with the right emulsion — without altering it. It’s got something akin to the Leica Look that I seek in my digital work, with about 1/30 of the price tag.

If you see a chance to grab your own L35AF, definitely check it out. It’s a fantastic buy for the price, and it just might become one of your go-to film cameras, too. 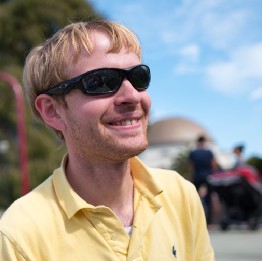 Thomas Smith
Thomas Smith is a food and travel photographer and writer based in the San Francisco Bay Area. You can read more of his work on his blog DIY Life Tech."