The BEST Airline For Photographers Is…

Photographers travel a lot. Whether you shoot weddings, commercials, real estate, nonprofits, or landscapes, one thing that binds us all is how frequently we all travel. As I was recently packing for a trip to photograph the Italian Dolomites, I got to thinking recently: Which airline is the most photographer-friendly?

I wanted to spend a little time comparing some of the world’s most popular airlines from a photographer’s point of view. Keep in mind nothing I say here is a hard rule. If you like flying Delta, then do it! All that matters is that you’re getting out there and seeing more of the world. But some of these concerns are very real for photographers and I wanted to see how each airline stacked up from a photographer’s point of view. Being able to plan ahead can make or break a big photography excursion and I know I’m not the only one who stands at the gate, hoping I won’t get hassled for my camera bag.

So for the purpose of this article, I’m starting out with the top 35 (or so) airlines and using the process of elimination to determine which airline is the best for photographers based on a variety of considerations: carry-on size, carry-on weight, the total number of destinations and frequent flyer programs.

First, we are going to eliminate all the airlines that do not include carry-on luggage with your boarding pass. Sure, some of these airlines will allow you to use the overhead bins for a fee, but that creates an opportunity for an airline employee to question your bag in the first place. We’re looking for airlines that give photographers zero BS when they board their flight. 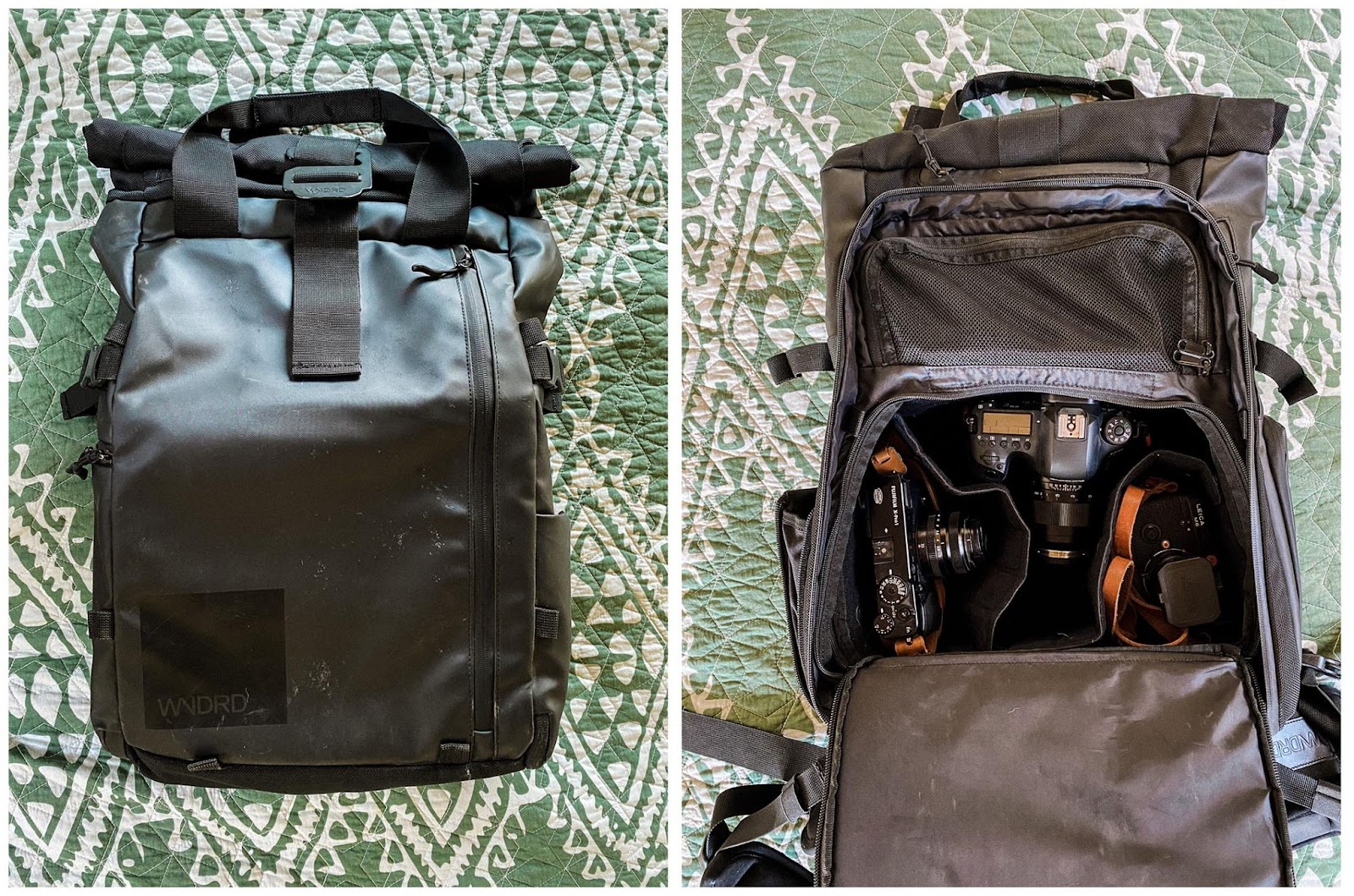 For this next metric, I took the top 25-ish airlines (who weren’t eliminated earlier) and researched their luggage policy. To determine which ones allow for the most carry-on space, I charted every airline’s maximum carry-on size, ranked by volume (liters). The results are below: 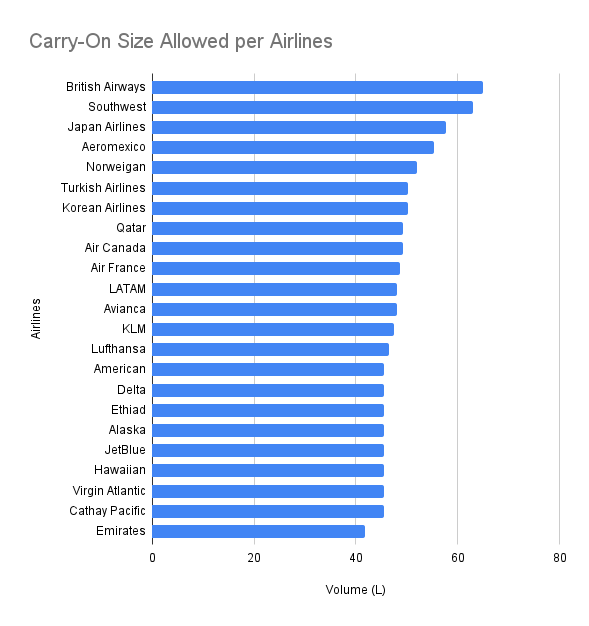 Here are a few takeaways:

So to help us narrow these results down, we’re going to eliminate some of the worst-performing airlines as we examine our next metric…

Just like bag size, all airlines have a limit for how much your bag can weigh. As photographers, this is an incredibly important metric to look at because camera gear gets heavy! For perspective, the bag I’m carrying to Italy already weighs 18lbs and that’s considered packing light. 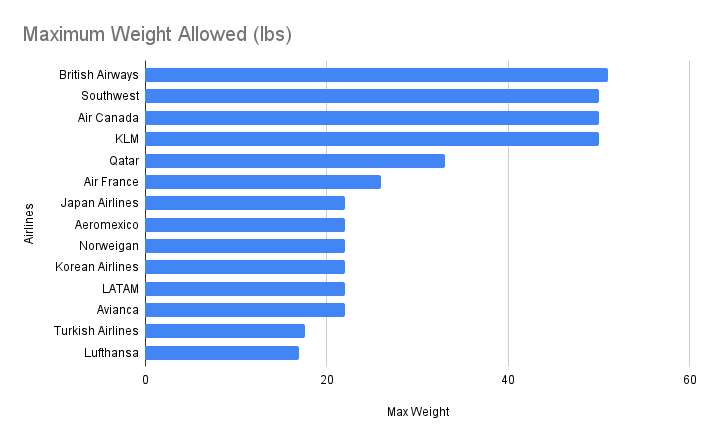 Just like the Bachelorette, it’s time to eliminate some of these guys. Since 9lbs isn’t much to work with, I’m going to eliminate everyone with 22lbs or less carry-on weight limit.

Isn’t the point of an airline to go places? What good is an airline if you can’t get to faraway places?

With that said, there’s one last metric I want to explore…

I want to take a minute to explore the remaining airline rewards programs because that definitely makes a difference if you travel a lot. Being able to rack up points for free flights is easily my favorite thing about being an adult. Early on in my photo career I regularly used travel rewards to book free travel, which allowed me to continue photographing landscapes in far-away places while I was a broke twenty-something.

Nearly every airline has a travel rewards program, offering redeemable points to frequent flyers as well as points for using the airline’s corresponding credit card on everyday purchases. Before opening up an account, I’d strongly suggest reading up on the subject with ThePointsGuy and NerdWallet.

Airlines points guru ThePointsGuy has an excellent method for calculating the dollar value based on a variety of metrics: redemption value, how easy members earn points, and cost to buy points. So using this dollar value, how do our remaining airlines rank?

Now that we’ve looked at a variety of metrics, I think a clear winner has emerged…

And the winner is…

British Airways! Dominating the competition in terms of carry-on size and weight, with a respectable number of destinations and an above-average rewards program, British Airways is the best airline for photographers, especially when taking a trans-continental flight, however, they have very few options for photographers traveling within the US or to Latin America… which brings us to…

Runner Up
Coming in a close second is Southwest Airlines! With a benevolent rewards program, a highly-ranked customer service team, and a generous carry-on policy, Southwest Airlines should be the photographer’s choice whenever traveling within the US or Central America. The only weird quirk with Southwest? They only fly into LaGuardia. 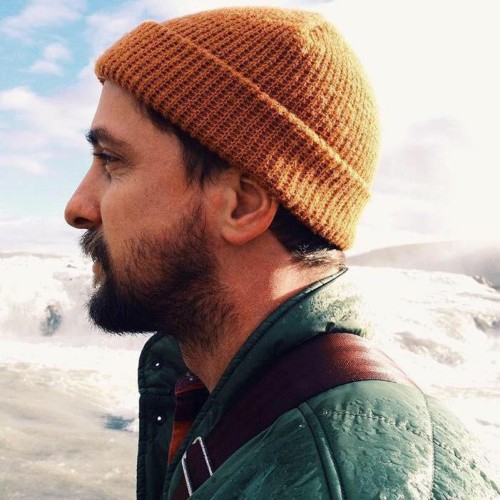