The Graflex Graphic 35 Is A Grandad that Still Got It

While most famous for its line of press cameras, the Graflex company also produced a series of well-built 35mm cameras. The Graphic 35 is a rangefinder that was produced between 1955-1958. It has a fixed 50mm lens that opens up to f/2.8. If you love the pure mechanics of cameras from the 1950s, this is a great one to use. And what I love most of all about this camera is its peculiarities.

The Graphic 35’s most famous curiosity is its push-button focus, which very few cameras in history have used. There is a black button on either side of the lens that you push in on the right to draw the lens to infinity. Then you press in on the left to extend the lens back toward its minimum focus distance of three feet. Next to the viewfinder is a separate rangefinder window with a split image focus system. Changing the focus also moves a wheel in a crescent-shaped cutout on the top of the camera which is marked with an easy-to-read depth of field scale. The ease of these features always assures a sharp photograph.

While you need to use both hands to dial in the focus, I personally find a lot of pleasure in the way this camera handles. You can easily shift your finger from the focus button to cock the shutter, which is done by flipping over a little lever on the top of the lens barrel. The middle finger on your other hand is already in the position to pull back the shutter release lever on the camera body.

Another curiosity: what’s up with the rainbow on the top of this camera? A little vestige of the days of paper sleeve calculators and tables for determining exposure. Graflex developed what they called The Spectramatic system, a color-coded scale to help users (especially those who are terrible at math and calculating distance) choose the correct f-stop when taking flash photos. While pretty, this scale hasn’t proved too useful as my electronic flash won’t mount to the hotshoe, so I tend to use this as a daylight camera or for experiments with a handheld flash.

The absolute worst part about this camera is that there are no strap lugs. You have to rely on a leather case and strap if you want to hang it around your neck, making it hard to take out for extended walks if you don’t have one.

Yet the Graphic 35 is fitted with a lot of useful features for experimentation. It has a self-timer, a cable release socket, and also a way to bypass the double exposure prevention lock to take intentional multiple exposures. All of this has made this camera a favorite of mine for shooting more experimental images. While it might not be the best camera for the quick capture of street photography, I do think it is great if you prefer shooting slowly and methodically, either in the streets or in the studio.

Phill Thompson is a freelance photographer in Brooklyn. 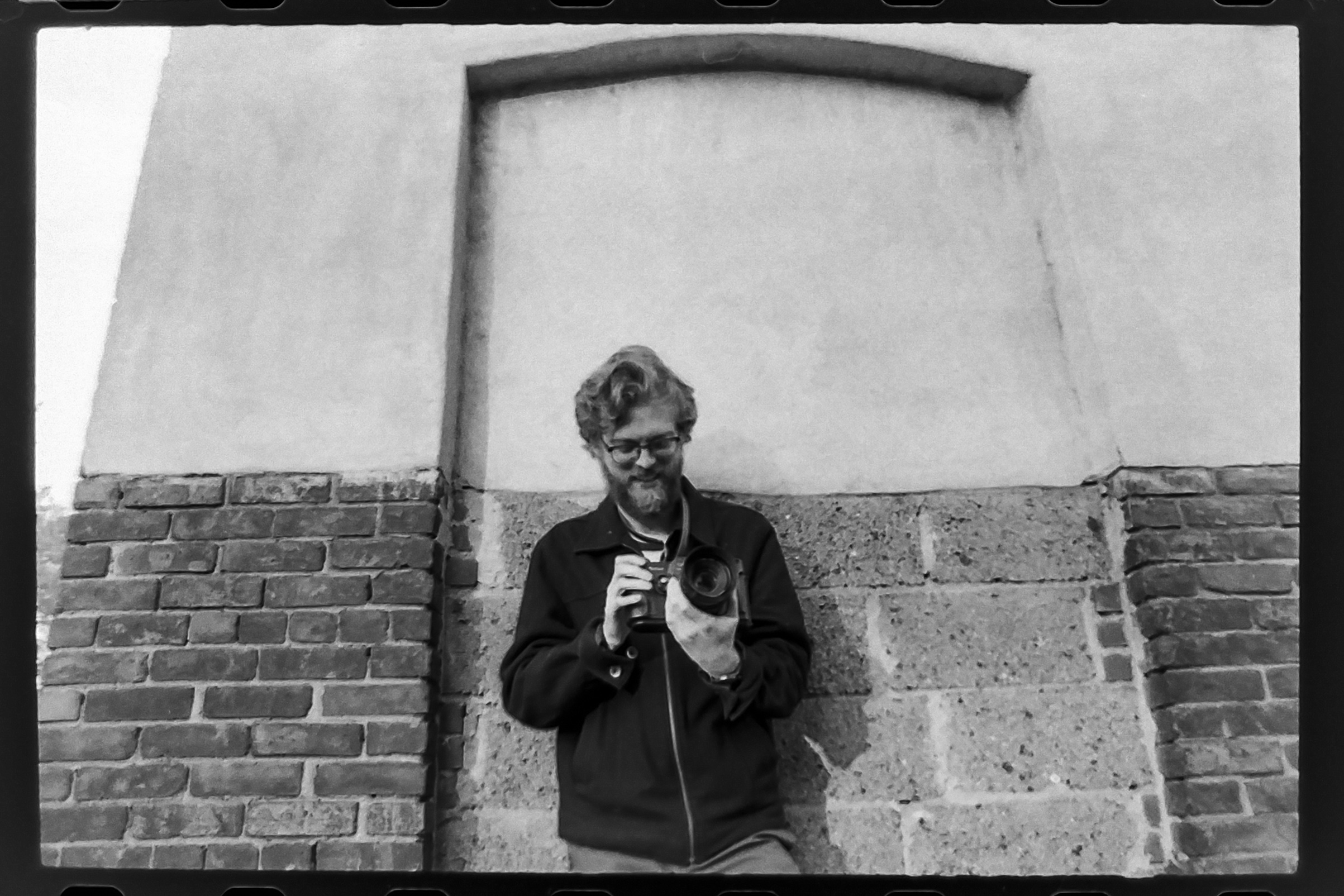 Phill Thompson
Phillip Thompson is a writer and photographer based in Brooklyn, NY. He recently started a personal museum loan program in which participants exchange images of their ancestors to be displayed in someone else's home. You can see more of his work here on his instagram (@brineswimhandle)