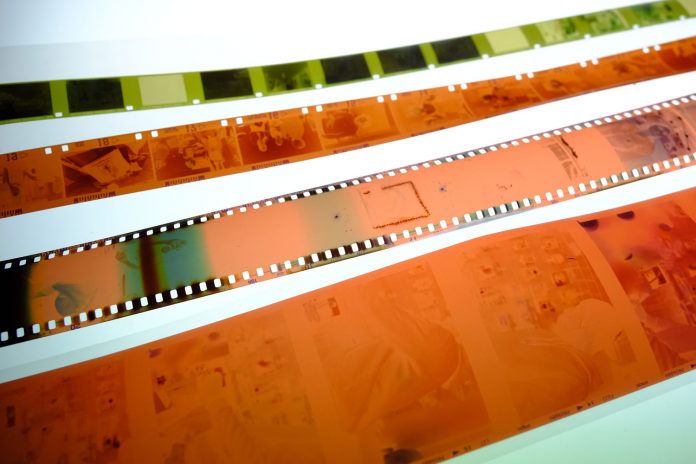 Here’s a short and sweet beginner’s guide into understanding the beautiful/creative/addictive world of photography. As a beginner, it can seem a bit overwhelming to jump into the sea of lenses and film. But don’t worry, we got you!

What Kind of Camera Do I Buy?

Well that depends on the size of images you want to achieve. There are a few different types of formats that exist and knowing which one you want is the key to understanding what kind of camera you would like to begin with. The most commonly referred to are 35mm, medium format, and large format cameras.

35 mm cameras are easiest the spot, as they are the most manufactured format and are generally found as SLR (Single-lens Reflex) and point and shoot variations. SLR’s have a standard body that are typically made of plastic or magnesium and they give you the option to interchange lenses.

These cameras have more of an industrial build as they are typically made of magnesium alloy and can really stand the test of time. Check out your Grandma’s attic or your pop’s storage bins, you might find a classic (ahem…old) gem that is an oldie but a goodie! However, if you are in the hunt for one to call your own, shop with us here.

Point and Shoots are mass-manufactured cameras that are typically made of plastic with a zoom or fixed lens. This makes them super affordable and durable, which makes them easier to travel with and their simplistic design gives beginners a chance to jump in and discover the possibilities! Come grab one here!

The images you create are developed on the negative which are 24mm x 36mm (photo). Typically you get 24, 27, or 36 exposures in the roll which is the total number of opportunities you have to capture an image on your roll of film. However, if you would like to take even MORE photos, half-frame cameras were created for this purpose! They expose each frame at the halfway point, giving you double the pictures!

Medium format cameras where the negative is larger than its 35 mm cousin but smaller than the large format. These cameras take 120 or 220 film and negatives can vary in size, ranging from 6×5 to 6×9 in size.

Large format cameras are stationary cameras that capture large images. Instead of loading film rolls into the camera, this one operates on sheet film, the most popular format being 4×5. However, these cameras can range in size all the way to 20×24! That’s a big azz image…and you should see the camera. It’s freaking huge at 235 pounds!

Instant film cameras are pretty self-explanatory. Execution and development of your photo happen with a press of a button! Even though the Polaroid company was the first to create this innovation in the 1940s, it has been a constant staple in photography culture and is a super fun way to experiment with photography without waiting for lab processing! Fujifilm also introduced their version of instant photography with the Instax camera in the 1990s.

Disposable cameras are point and shoots that are thrown away after one use. They come in black and white, color, and experimental types.

What Kind of Film Should I Get?

It all depends on what type of images you would like to see. Would you like to view your images in the expansive world of color or the more dramatic world of black and white? Or perhaps a mix of both? This is ultimately what makes the world of film super fun because this is entirely up to you! Some beginner favorites are Kodak Ultramax and Kodak Gold because they have great color saturation and won’t hurt the pockets too much when/if newbie mistakes happen as they are about eight dollars a pop. If you want to elevate your content a bit, Portra 160 is a fantastic film that produces a finer grain and very rich color tones.

Ilford is a popular black and white film due to its fine grain and sharp contrasts and is priced at approximately $6. Also, Kentmere and Kodak Tri-X are fantastic brands that support a high shutter speed and have a fine grain as well.

When you buy film, there is usually a number behind the brand and type of film (ex: Kodak Ultramax 400, Kodak Gold 200). ISO is the camera’s sensitivity to light. That setting will increase or decrease the light in your photo, therefore making it lighter or darker. As the ISO number increases, your photos will grow progressively brighter. It’s important to know the setting you’re going to shoot in so that you can have an ideal balance for your photography! Say for instance you are shooting on a beautiful day where there is hardly a cloud in the sky. You would use a film that has low iso (100 or 200) because the sun is also doing its job in brightening the images for you. It wouldn’t be a great idea to use a high iso (800) as it would overexpose the shot and give it a “blown out” look. However, it would be a great idea to use an 800 film when you are in settings with lower light so that it can effectively brighten your photos. It’s all about balance. *cues zen vibes*

Ok….So I Shot My First Roll of Film…Now What?

Make sure that your film is fully rolled in the canister. Then bring it to us in store, or send it in and have us process it!

What Is Film Processing?

This is the type of development your film needs depending on what type of film it is. When it is processed in the lab, your film negatives are taken out of the canister and developed in a darkroom setting. Then the images are scanned, edited, and submitted to your email and/or printed!

C-41 is for color development. All your color photography goes here! Photodom currently offers same day development for process only.

E-6 is a color positive film. Remember those old projectors people used to drag out to show you their basic vacation?) This is the type of film used to achieve those presentations. However, this film is a really cool type to venture into as it can reveal ultra-sharp, vivid colors in your photos. (Examples: Kodak Ektachrome, Fujifilm Fujichrome Velvia, Fujifilm Fujichrome Provia, InfraChrome Color Infrared)

Processing only– Your negatives are developed via the darkroom process and then you receive them right back.

Scans only-your negatives have been developed already but you need them to be scanned for viewing.

Processing and Scans-Your negatives are developed then processed through a scanner so that you may view the negatives digitally or physically.

Processing, Scans and Prints-Your negatives are developed, processed through a scanner, and then printed through a photo printer

So back in the day when one-hour photo processing was a normal way of life and when you received your pictures, they gave you a small sleeve of negatives that you may have throw away. I know I did. Here’s why I’m kicking myself about it today. Your negatives give you an unlimited opportunity to replicate your photos. Say you lose your prints or your phone just decides to die and you didn’t upload to the cloud :(. Your negatives can be always given to a lab to be reprinted at optimal quality. Also, it’s important to keep your negatives stored in archival preservers so they can remain fresh throughout the years. You may not what to throw them away this time. Trust me on this!

AND THAT’S ALL FOLKS! I hope this helps make everything easier. If you have any more questions or thoughts leave a comment below!

Grab The Gladiator of Black and White: Kodak Tri-X 400

How To Develop Your Film At Home

The Canon New F1 Is A Boss of Epic Proportions

Gordan Parks On How to Conquer Fear